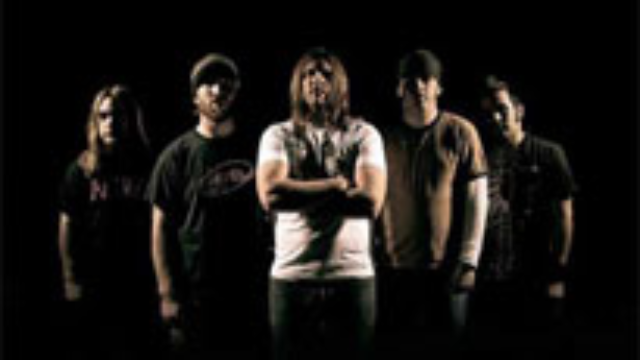 After an awe-inspiring 15 years of blazing trails and dominating stages, Unearth is now institutionalized as a relentless force in heavy metal, standing the test of time with consistently triumphant creative output, tireless road warrior resilience, Blue Collar style workmanship and a resolute determination to deliver the goods.

Like Slayer, Cannibal Corpse, Testament and Anthrax before them, Unearth emerged as part of a burgeoning revolution in heavy music but continued to maintain their relevance and mastery of their craft. They've resisted and prevailed against changing trends, subcultural fashions and the way music is obtained and distributed with their credibility, integrity and unique persona intact.

The men of Unearth - longtime members Trevor Phipps (vocals), Buz McGrath and Ken Susi (guitars), John "Slo" Maggard (bass)- are proven "lifers." In just a couple of short years, drummer Nick Pierce has proven his commitment as well. They have put the furtherance of uncompromising heavy music at the forefront of their career goals. Unearth perseveres, conquers and continues to achieve.

Harnessing the punishing groove of Pantera, the melodic majesty of the New Wave Of Swedish Death Metal, the fist-pumping anthemic power of traditional metal and the gritty realness of early '90s Metalcore and Noisecore, Unearth offers a unique take on what was already a thrilling recipe. The Massachusetts based quintet stood tall beside their peers in the so-called New Wave of American Heavy Metal (a category that includes their friends and contemporaries in Killswitch Engage, Lamb Of God, Shadows Fall and All That Remains) even as they refined themselves into a timeless outfit independent of metal subgenres.

The astounding quality of Unearth's music has never wavered and only continues to shine through the overly crowded landscape, like a beacon to their fans. The early rumblings of Unearth's debut full-length, The Stings of Conscience (2001), as well as the EPs that bookended that release, were followed by albums that became classic, defining landmarks in the past decade of underground metal.

The Oncoming Storm (2004), a devastating benchmark many of this generation still discuss with the same devotional awe as albums by The Big 4; III: In the Eyes of Fire (2006), which cracked the Billboard Top 40 with 22,000 in sales during its first week; The March (2008), a conceptually driven opus awarded a 4 "K" review in Kerrang!; and the enduringly awesome new chapter that was Darkness in the Light (2011), which broke into the Billboard's Hard Rock Top 10 and was hailed by the international press, all comprise a pristine metallic catalog.

Unearth have made most of their albums with Killswitch Engage guitarist Adam Dutkiewicz (August Burns Red, Underoath, A Day To Remember) and worked with the legendary Terry Date (Pantera, Deftones, Soundgarden) as well. Ken Susi is an accomplished producer/mixer in his own right, having worked with The Contortionist and Seemless (among others) and on Unearth records, as well.

With roughly 500,000 in worldwide sales, Unearth's continued staying power has also hinged on their highly interactive and toweringly heavy live performances. Over the course of a relentlessly impressive career, Unearth have played amphitheaters, sheds, theaters, halls and clubs with a diverse group of bands in the metal, hardcore and heavy rock elite. They've appeared at prestigious festivals like Download in the UK, Germany's With Full Force and Wacken, Belgium's Graspop, Hellfest in France, Japan's Loud Park, Malaysia Rockaway Festival, Heavy MTL and many other notable fests across Europe and the United States.

They've traveled to Australia, New Zealand, Japan, Mexico, South America, Europe, Russia, China, Scandinavia and all over Asia. They've toured as part of Rockstar Mayhem, Ozzfest (twice), Europe's Never Say Die, Metal Hammer's Defenders of the Faith Tour, Australia's Soundwave (twice), Europe's Persistence Tour (twice), Sounds Of The Underground (US and Europe) and MTV's Headbanger's Ball Tour (twice) as well as multiple headlining runs. Much of that live energy was captured on the Alive from the Apocalypse DVD, which went gold in Canada and debuted at #13 in the US. The Unearth historical legacy was examined in the documentary portion of the DVD.

Unearth are committed to collaborating on uncharted new heights within their music. No sellout and no letdown for their extremely dedicated fans on the horizon. Newly partnered with eOne (North America), Century Media (Europe), 3 Wise (Australia) and Howling Bull (Japan) Unearth will always steadily maintain and powerfully proclaim their allegiance to the lifestyle, the ethos and the community of heavy metal, both now and forever.

Some metal bands barely last 10 years, much less 15 years. If a band does get to the decade-and-a-half mark, they're usually sputtering out or are teetering on their last, diseased and ready-to-give out legs. Rare is the case where an aggressive band mutates, growing stronger, more unstoppable and more menacing with every passing riff, scream and album. Darkest Hour are such a case.

Darkest Hour are notorious for on-stage ferocity, taut guitar interplay and enraged vocals that outline the hypocrisy and casual brutality of politics and society. Their prior releases on Victory Records set benchmarks in the genre as the band embraced the DIY ethics of the hardcore scene and the technical skill of metal, galvanizing their own path and earning fans from both sides of the fence. While Hidden Hands of a Sadist Nation (2003) attacked the duplicity of government, So Sedated, So Secure (2001) skewered organized religion and rampant commercialism. On Undoing Ruin, the latest chapter in the Darkest Hour story, themes of healing and moving forward are prevalent. "It's our first album that isn't overtly political, though we did record "District Divided" which deals with the rapid gentrification in our hometown, Washington, D.C.," commented guitarist Mike Schleibaum, "The album is about change, personal and musical. The name, Undoing Ruin, fit the concept - it's about making life worth living again."
A World Without 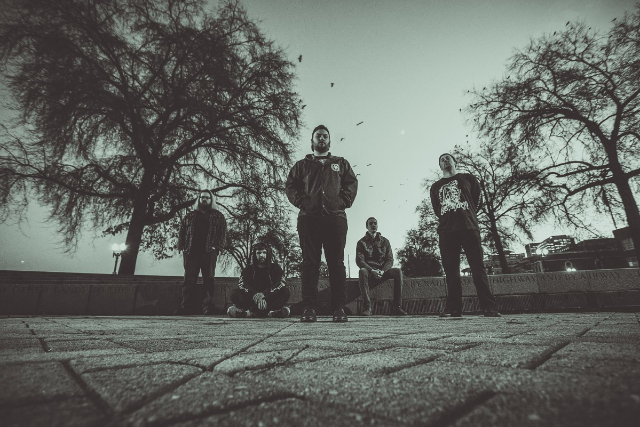 A World Without hit the Portland music scene in early 2014 with the release of their first single, Lives Half Lived. Flash forward 9 months and the band has a 7 song EP released and has shared the stage with the likes of Suicide Silence, Carnifex, Betraying the Martyrs, and Cannibal Corpse. The group remains active and strives for success.
Within The Pyre 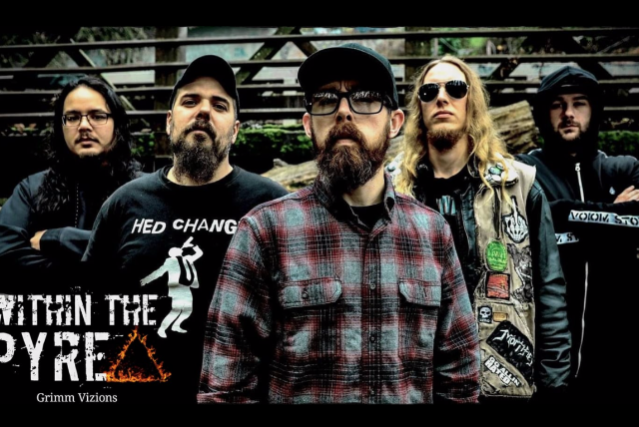