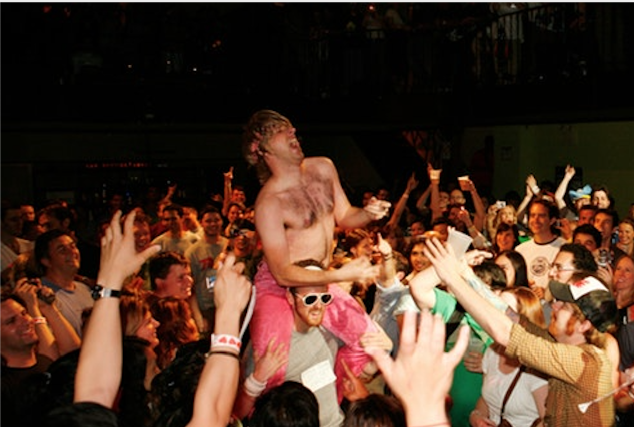 Join us at Dante's in Portland to witness Oregon's best air guitarists battle it out to find which of them will represent Portland in the US Air Guitar Championship! Part rock show. Part comedy act. Part spectacle. US Air Guitar allows ordinary people to become ROCK STARS! Up to 20 competitors give us their best air guitar performances, being judged on technical merit, stage presence, and AIRNESS, to crown one winner. That one winner will move on to the NATIONAL CHAMPIONSHIP, held in NEW YORK CITY!

In 2018, US Air Guitar, the official governing body of competitive air guitar in America, is holding competitions in over 20 cities coast-to-coast to crown the Nation's best air guitarist. US Air Guitar is devoted to taking our nation’s unofficial pastime out of the bedroom and putting it up on the national and world stage.

Think you have what it takes to win? Do you want to become the next Air Guitar LEGEND? Enter to compete at https://usag2018portland.eventbrite.com/ (Competitors age 18+ only)